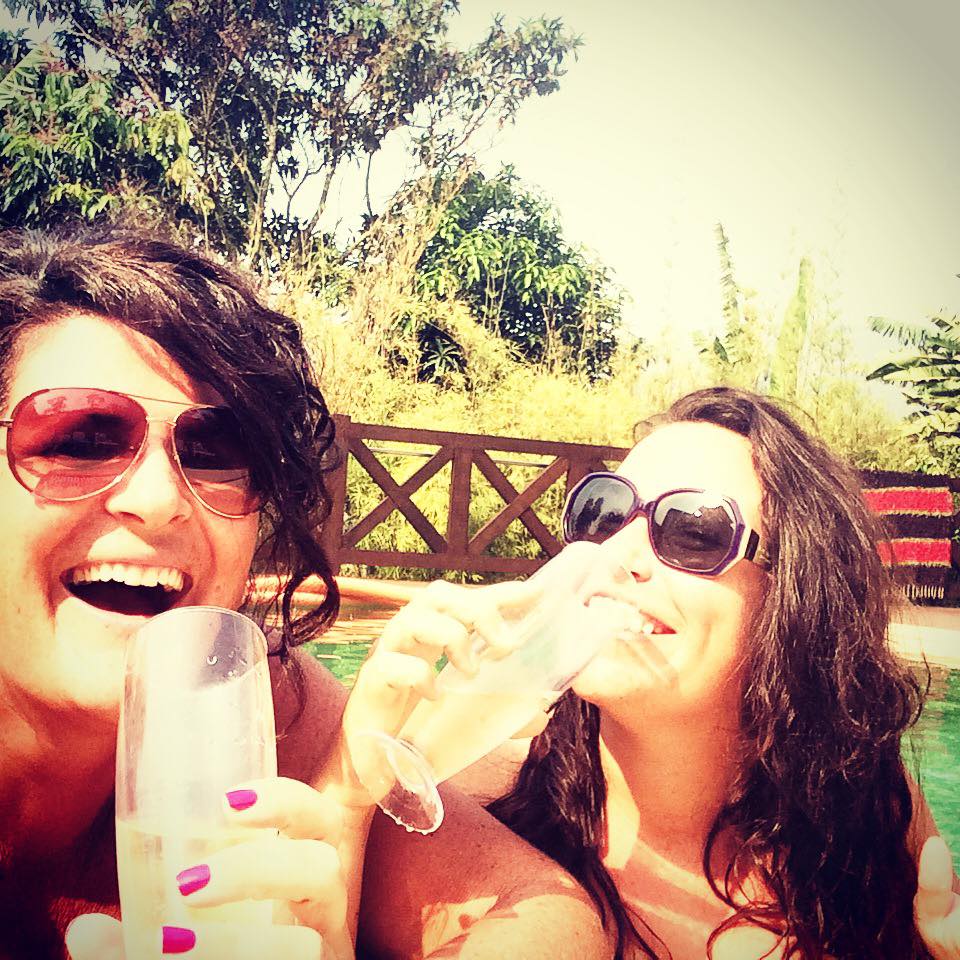 I’m in my thirties now. My half birthday (I celebrate things like that. I know you’re not surprised.) was on Monday. I was 30, but now I’m also that and in my thirties. This week also marked another important anniversary – a year since my breakup. A year ago today, I was going on four days without a shower, same sweatpants, hiking alone in weird places, absolutely careless with my life, drinking wine and lighting things on fire because it felt good for a few moments. Scheming the death of my roommate’s cat (just kidding). Wondering what would happen to me.

It feels nice to be a long way away from that.

Last weekend I did NOTHING and it was GLORIOUS. I love my friends and I love living with people again, but every once in a while it’s nice (and important) to have the house to yourself, to shuffle around shirtless like an old man, and remember how to be by yourself on the road. This is also a kind of scary thing in a foreign country. We live by a “scary bridge” where my friends had a gun pulled on them, and another was harassed by some hooligans. The guy that used to sell popcorn outside our condo complex tried to rape a woman on her way home from our mall. Luckily she got away and he got hit by a car pretty bad (is it unChristian to say I’m not bothered by that? Bc…I’d run a man over and then reverse.).

It’s scary to wander around alone as a female. Anywhere. Which is an awful thing. I do my part to avoid trouble by trying to be as unattractive and crazy as possible whenever I might be approached. No one wants to bother a crazy person. Sunday I yogged five miles singing country and worship songs out loud from my ipod, picking my nose whenever a male spotted me.

But the weekend before last was probably my most dangerous. Leana and I went to Petropolis with a family from school. Let me preface this by saying that these people, despite the fact that I had never met them, turned out to be a super normal, loving, sweet, hilarious couple, more generous than I deserved as a total stranger.

But Dad drove like a maniac. Which is to say, like a Brazilian: speeding, weaving through traffic, cutting people off, trying to avoid the vendors that walk through the lanes of the highway nonchalantly selling terrible chips, and then slamming on brakes leaving only inches between the car in front. All the while loudly singing along to Alicia Keyes and Amy Winehouse, which I loved.

It was a wonderful spur-of-the-moment getaway for Leana and me, who haven’t even really spent a lot of alone time together since I moved here. It was relaxing (after we got up the mountain, through endless road rage traffic, and hairpin turns with no regard for lanes, and were still alive), and the house was GORGEOUS. We hiked, spent countless hours in the pool, told stories, and ate a LOT of food. It was a cultural experience to be with a family who had a groundskeeper and a chef.

And then there was a wildfire. It had been burning down acres for the last few days, and you could still hear and smell and see pockets of flames around us in the hills amidst the devastation. We went on a hike, and on our way back, walked right past some flames gathered at the base of a telephone pole, which in true Brazilian fashion, was supporting about a thousand different wires. When we got back to the house, the flames were burning the field behind us. A neighbor helpfully rinsed down the perimeter of our area with his garden hose. We called for firefighters, and three boys that couldn’t have been older than 21 slowly made their way up the hill through the dense jungle towards us to try and beat away at the fire with what looked like carpet pieces attached to the end of broomsticks.

I felt a general sense of calm – the man of the house was still walking around in his SPF shirt and speedo, casually watching the fire burn a path towards his home, but there was a pool in the backyard and I figured if flames engulfed the house, I could wait it out on a floating noodle until someone came to pick me up in a helicopter, right? Then I realized no one had the slightest idea where I was, and i had no internet or cell phone. Hell, even I didn’t know where I was. And (because I’m a moron) I had no identification on me save my dental records, should the wind suddenly pick up.

It was wild from start to finish. But the carpet sticks apparently worked, and the house was still standing at dark when we left.

and I hope it’s standing still, when I next try to scam a free vacation.

Rachel Weight: Tomb Raider
Hot air balloon at sunrise over Valley of the Kings was a once in a lifetime :). Magical and incredible to see the Nile valley waking up, the contrast between the green fields and the sandy desert holding the tombs of ancient pharaohs!
Fun fact - he has little toe beans. Actually big toe beans but. Toe beans all the same.
Having a moment with my new friend. 😍
And it’s lovely in Laos…specifically Luang Prabang! New blog up - link in bio :)
Luang Prabang, Laos - unexpected, easy, relaxing, the best food and delicious cocktails, friendly people, safe, elephants, hiking, lagoons! Such a treat. I’m coming back for you, baby.