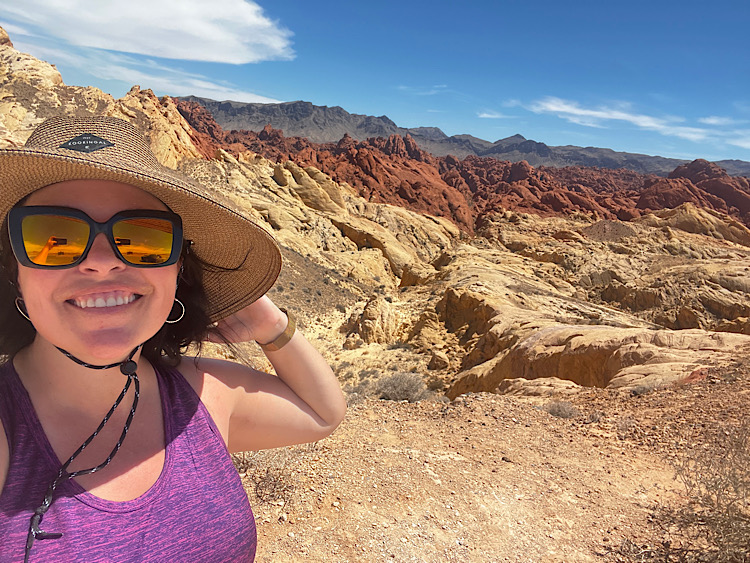 When you’re almost forty, sometimes it feels weird explaining the branches where your family tree split as a child and why you are posting pictures with gorgeous young men while hiking in exotic locations (if only because I get questions like “Um, Rach, WHO are THEY?!”). Backstory tells that my parents split when I was thirteen, things got rearranged, and now I get to include two brothers who are 21 and 17 among my tribe.

Something else that’s weird is only getting to see them every few years and trying to comprehend how children turn into teenagers and then young adults when I have simply stayed all of 25 years old. And resisting the urge to make them snuggle with me on the couch when some of my last memories of them are playing lightsabers and wearing fake moustaches and jumping on beds in hotel rooms.

My brothers are just really cool. Knew they would be, but was delighted to confirm when I met with them, my dad and step-mom Angela in Nevada/Utah for a state and national park trip. When I saw them all last in 2019, Jackson was asking if we could be “seat buddies” when we went to the movies (Star Wars) and we all monologued the supposed inner thoughts of elephants and rhinos at the wild animal park we visited. We played a lot of card games and had joke-telling contests. Now my bros are both roughly the size of a baaaaarge (name that tune) and I fit under their chins when we hug. Which despite my many urges to snuggle, I only made them do once in a gas station in northern Utah when the temperature was cold enough. Every other moment was sweaty. Surface of the sun, it was.

We started our journey in the Valley of Fire, a driveable state park that looks like wind and red sand got hammered one night (literally and figuratively) and formed wild derivatives of giants beehives and caves we argued were either nooks or crannies (Google provided little direction in the scientific deviation of a nook or cranny, so call them what you wish). Within said nooks and crannies were bighorn sheep, which were awesome to spot amongst the very little else.

We drove from spot to spot, braving 110F and the eerie quiet to trace petroglyphs, classify different kinds of animal poop, scan plants on my plant app, take pictures for our upcoming family album, and wonder at the weirdness of it all. Dad got WAY too close to sheep in the name of a shaky photo and we loved the hokey nature center and then we continued on to Zion National Park.

We stayed at a very simple AirBnB about thirty minutes outside the valley floor, which gave us easy access to people-watching from town (spotted – cast of “Keep Sweet, Pray and Obey” an elderly woman with a Jon and Kate Plus Eight haircut wearing “The Ultra Maga” t-shirt to her birthday party at a trashy cafe, a flock of turkeys (the actual animals, not stupid people as my dad so kindly refers to them), and the kindest waitress every named Victoria who gave my step-mom her recipe for salad dressing). Most importantly at the AirBnb, we could do laundry and make our own food, which I soon learned was essential with two growing boys who consume upwards of 4000 calories a day just to stay 6 feet tall. It was amazing to watch. I’d pay a lot of money to know that true kind of endless hunger. I ate with them to keep up and paid for it dearly with my waistline.

Zion was wild. We went in on the first night to get a lay of the land and hiked – we didn’t plan where – and checked out stars, listened to what we thought was an elk bugle, saw a deer chilling, greeted fellow hikers, and soaked in nature.

The next day, we got up at the beginning of time to get special shoes and walking sticks to hike a place called The Narrows, which is a gorge with a river running through it, full of colors changing light with the rising sun, currents ranging from calming streams to waist-deep challenges. It was gorge-ous (pun!) to behold and also just fun to watch what other people showed up dressed in for this pretty challenging adventures (i.e. flip flops, jeans, an all-white ensemble, no sense of balance whatsoever, etc.).

It was a beautiful and tiring start to the morning and we hiked out singing the soundtrack to America to the delight of everyone around us, I’m sure, before dozing off in the shuttle.

After long naps and relaxation, we went to an off-the-beaten path sunset spot that we had all to ourselves with a panoramic view of all the beautiful cliffs. You could hear wind, the flaps of butterfly wings, a brother peeing in the bushes, the rustle of a lizard disturbed. It was a gorgeous proof of God. Also, Mormons named most of these places super their Biblical things, but I renamed it Tater Tot mountain, which I like better. I’ll tell you the coordinates for a price. (free)

The third day had a big trip out to Bryce Canyon, which was wild. I’ve been all over the world and never seen anything like it. Because of temperature, water, wind, time, etc., these things called hoo-doos have been formed, and it was other-worldly to hike around through them. We also saw a rattlesnake, a huge group of orthodox teenage jewish girls on a field trip from New York, a Mexican family really regretting their hiking choices as they were carrying huge babies and it was quite steep in and out, and the most beautiful sunset of all time.

I got to commune with a chipmunk, my dad became an honorary professor of geology and actually gave free lectures to people we met on the trail, and we took approximately a thousand pictures. You gotta go. I either expected an ancient Native American chief or a demi-god or a brontosaurus to pop out at any time. It’s amazing.

On our way back to the airport the next day, we fit in the Canyon View hike, fully blessed by the parking lot angels, and in the already blistering heat of 10am, walked out to what felt like the edge of the earth. It’s funny – I’ll have waking nightmares about flinging myself off a cliff just to see how it might feel, but when it came to a literal thousand foot drop, I wasn’t scared. I looked over the edge, stood back up, and took selfies. The spot was beautiful.

The quick trip was so nice – getting to be the only sister, confident they’d defend me against a large animal, spending hours in the car whistling to tunes, pointing out weird landmarks, filling each other in on the random gossip and drama of life was soul-filling. There’s something comforting about how the words famished and familiar and family are related and that I can take a nap if I need to or ask a weird question or wander around a gas station slash truck stop making fun of Americana and sampling candy and trying on trucker hats and collecting Big Foot Christmas ornaments and they will love me anyway. And tuck me under their chins for a hug. It’s famtastic.

Adventure is Out There, Blog a Day, family, growing older., travel