Girl Gone Gili (your girl is in Indonesia) 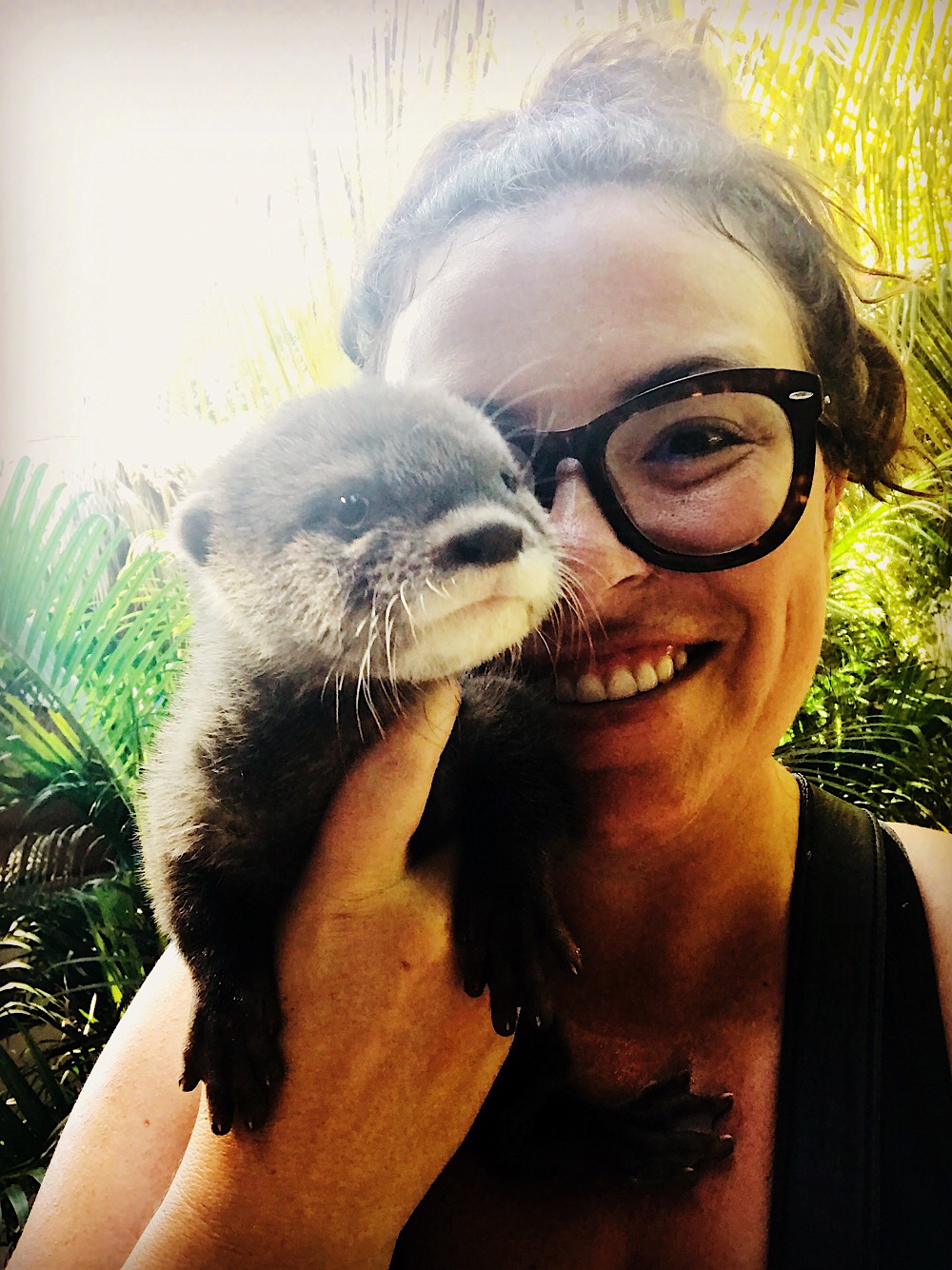 It was hard to hug Jeanie goodbye – living abroad, one of the weird ways your heart has to grow is to learn how to say goodbye to people for real, knowing that there is a very real chance you will never see each other again on this side of heaven. Not only that, but I knew I was going to be alone for the next week and a half. We made general plans to meet up in Ubud, not knowing at the time that I would leave early, and hugged and said lots of sentences that ended in exclamation points, and then I walked off to try to take a taxi, to a horse-drawn buggy, to a boat, to another horse, to a small hostel on Gili Air.

I had booked a little room, fancying a writer’s retreat, and reveling in the extravagance I could afford. Of course, what was advertised online was a far cry from what I encountered in person, but I still loved a tiny bungalow to myself with its mosquito-net canopy, outdoor toilet and shower, bougainvillea-covered front porch, and frog-filled lap pool.

After one of many cold-water showers to cool down after a full day of travel, I ventured out to see what there was to see. I eventually settled into a little bamboo cabana on sunset beach, sipping cheap drinks and ordering nachos, as I feel compelled to do in every new place to see what people think Mexican food tastes like. I journaled and drank Bintang and made friends with all the staff.

It slowly turned dark around us, they built a fire, and then there was this young guy with cannonball necklaces, swinging them around in the craziest patterns, asking for volunteers to try fire dancing.

I politely declined, politely declined, had another drink, and then was like YES LET’S DO THIS. He offered to record on my phone, which I thought was great, since you should always have the exact moment you set yourself on fire on video.

Spoiler alert – did not set self on fire.

Second spoiler alert – he forgot to hit record TWICE, so in the only video recorded, I have gotten so heated that I have taken off my dress and am way less into it. So. Anyway.

That night ended with me cozying up to an impromptu acoustic set at a bar. A bunch of local guys and one German woman who had been working as an ER nurse but her job was so stressful that her hospital let her take one year off with no penalty. She’d grown dreds, added six tattoos, and wasn’t sure if she’d be boarding the place they’d booked for her in two weeks.

We sang Bob Marley (of course) and the occasional something else for hours until I decided to go home. This is when someone decided to walk me home, which I didn’t want. He ended up walking himself into my room, and pushing ahead of me to enter it. I had to physically remove him. He said he had nowhere to say, and that he’d helped me get home, so I owed it to him to stay there. He said he’d been nice. He said he thought I was nice. And then I had to actually push him step by step out of my room. I offered him money for a horse taxi, I explained multiple times I had never expressed any interest in him, and I was sorry if he felt that way, but I was sleeping alone. I had to put my hands on him and push him out of the door. I am lucky he was drunk enough and small enough and I was sober and could manage the situation. Because I was scared.

I looked out my window curtains a few minutes later and he was still standing there.

I will continue to say ME TOO until I don’t have to anymore.

The next day I was nervous to walk around town too much, afraid to run into him. So I chilled at the hotel, tanning in between tropical rains, reading books, and meeting the couple that had been having such loud and loving night time adventures against our shared wall. She was 32, tiny Indonesian real estate agent, and he was a 61 year old Italian. And I was very uncomfortable.

The following day I woke up lazy – earplugs made a huge difference and I slept through my alarm, fitbit registering 9.5 hours of sleep for me that night. I wonder what all this sleep deprivation I’m making up for on this trip is doing to my mind and body and soul during my normal life, where I am lucky to average 6 hours a night. My timing was perfect and I made the fast boat with two minutes to spare, arriving in Gili T and looking around and trying to not regret my three night booking. The island was crawling with young backpackers looking to party and pushy locals selling anything and everything and I wasn’t in the mood. 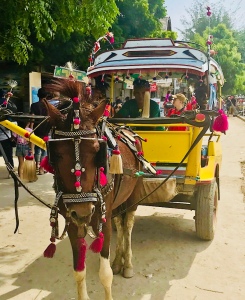 But I can usually entertain myself pretty well, so I horse-taxied to my hostel and hoped the reviews proved true. It was run by a mother-daughter team from France and the daughter’s partner, and they had just adopted a rescue otter who peeped and squeaked and ran about the place, and after one night we were all best friends. I stayed up late doing sing-a-longs with the bartenders, who sometimes claimed they couldn’t finish drinks until he finished his card trick. The girls nicely upgraded me to a bungalow because I had fallen really hard on my hike and hurt my knee, which didn’t work with the stairs of death room I had booked. We went out dancing and I taught a local how to make spaghetti. I met a woman on her way to do a 10 day silent retreat, and girls traveling in packs from Spain and Germany. I read a lot and wrote a lot and took an otter selfie.

The snorkeling was incredible – I didn’t even book a boat tour since it was so cheap and easy to rent a mask and see huge turtles and an amazing variety of fish right off the beach. If I could be any non-human creature it would definitely be a mermaid. I love being underwater. So peaceful. So lovely.

My Novemberies giving me all the feels - so much to be thankful for - Sixth year in Hong Kong, amazing friends, FaceTimes with family, a job I (mostly) love and am usually amused by, hiking, volleyball, getting sick but then well again, the circus coming to school, rugby beginning to make sense, the return of live music, and an international circle of friends who will indulge their token American and let her celebrate thanksgiving and make up rules about games and be the “organized fun” dictator for the evening. It’s a good life.
Friendsgiving 22 💕
Oktober memory smash, featuring two bierfests, Thailand, the opening of pumpkin bread season, spiders, staff party, trying chicken feet, running and hiking and brewing, oh my! Books, beaches, air con repair. It’s a good month.
Hiking Hong Kong trail sections 1-4! Gorgeous day for it. Many thanks to M&S sausage rolls, Hersheys Kisses, and coffee for this journey.
You may forward all mail here. Please and thank you.
Oktoberfest Fest with the gang🍻