the good, the bad, the Baliful

Solo travel looks glamourous. For a woman, it also probably seems quite dangerous, and scary, and a bad idea, and who’s going to take all those super-posed pics of me walking into a sunset or staring off into the distance or doing a yoga something? Nobody! Dangit. And I only post the good pics, obviously; no one wants my triple chin and nostril upshot I accidentally take every time I grab my phone too fast to capture something. I generally only post the funny stories about the good times, so all the curated moments look and read beautifully.

But there is always the behind-the-scenes to every ‘cool’ story. The ferry rides that never seem to end, sitting next to the smelliest humans ever, playing loud videos on their phones, in a foreign language I don’t know so I can’t even enjoy, ignoring my mean faces that should be international for “stop it.” There’s wandering around on wobbly sea-legs through a dusty, blistering hot port, sweat and sunscreen in your eyes, starving and thirsty and having to pee, getting bombarded by desperate cabbies, selling you “deals” when you still aren’t familiar enough with the currency to know if you’re getting ripped off or not (you are, you always are).

And of course, the terror that strikes through your heart when the wifi doesn’t reach your room, despite dozens of titles on your Kindle, you don’t want to read any of them, and you are left alone with . . . you. And I was. I was left very alone with me.

I made it to the quaint family-run hotel I’d booked outside of Ubud, Bali. Every home has a temple in a certain corner of the compound, and the men and women and children sleep in designated places, and is the places filled with shrines that are blessed and prayed to every morning by the women of the family, who spend hours crafting gifts of palm leaves, rice, fruit, and incense to leave at the altars of several gods guarding the family.

I had picked a hotel on the river, and everything smelled like incense and was quiet except for the running water and the chanting music that played nonstop in the background.

Something about the rich orange, red, and gold colors, the old rocks and statues, made me move in slow-motion. Also it was as hot as the surface of the sun and my room was at the bottom of the stairs of death (always stairs of death).

It was still super romantic until I made it to my room and realized a. no towels b. no phone to call for towels c. bugs. d. unclean sheets. I hauled myself up the stairs and asked for pineapple rice and the necessities, went back down, got into the pool straight away until I cooled down enough that I wasn’t muttering to myself. And the wifi was actually better from the pool, so that worked out.

The next day I used GrabGo, a ride app that is way better than Uber, and took a ride into downtown Ubud to check out the palaces. I chatted with the driver on the way there, and I mentioned a few things I wanted to see, and we negotiated a price for him to be my personal driver for the day to go see them.

He also became my personal photographer, which was nice of him. Indonesians rival Hong Kongers with their photography techniques, as I’ve mentioned, and so I got one great snap in a palace that would have otherwise been my face taking up too much room in a selfie in front of some of a building.

We went out to Uluwatu, recommended by a friend via instagram, which was a cool temple at the edge of the sea, and a secret beach where on the very last step, I slipped and fell hard,  busting open my knee on the sand  and unable to hold back tears as every surfer and instagram model turned to look at me. It bled quite a bit and then even more when I had to walk back up 200 secret steps. Therefore, my next stop was a surf club to watch the sunset.

I walked boldly in to this super cool place but then quickly realized I was never going to be young and hot enough to just get asked to join a table ever again, and slunk out to the cheaper alternative, where I wanted to journal and drink beer and eat pizza with other like-minded individuals. And the set-up was perfect, and the Bintang was cold, and the inspiration was flowing from brain to fingertips to pen to paper, and then . . . the monkeys came.

These HUGE (like, the size of a toddler) monkeys came out of nowhere, walked right in front of me, over to the girl sitting next to me, unawares of his presence as she was setting up the perfect selfie, and monkey straight up snatched her sunglasses right off her face, and then starting eyeing mine. We all screamed, and he sat back, privates exposed, taunting us, chewing on her sunnies, eyeing our cell phones. Then he grabbed her orange juice, SHOOK IT LIKE A HUMAN, and drank it. The cafe owners came out with a huge tree branch and shooed him away. He came back, bringing friends, still gnawing her sunnies, and the cafe guys offered him an egg in what was apparently an even exchange. It was fascinating. He then cracked the egg open on the balcony, slurped it up, and made a move for my pizza, which I gave a solid nope on sharing. I ate it so fast I burnt my tongue. One more beer.

And then all the people sitting on the balcony with me and all the surfers in the water and I’d like to think even the monkeys and definitely I stopped time to watch the sun set slowly slowly and it was as magical as I had wanted. I was still alone, eleven days into my trip at this point, but in that moment I was so so happy.

If you haven’t heard it yet today, and you need to, you are not alone, either. That’s what the internet is for. And I’m always on it. 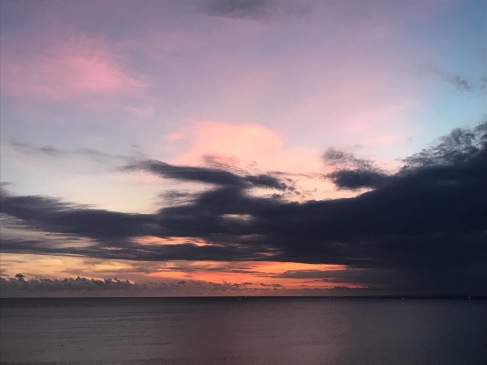 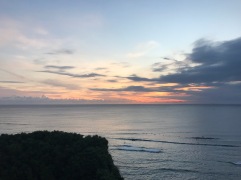 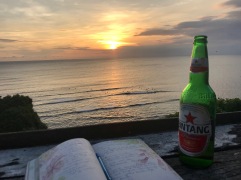 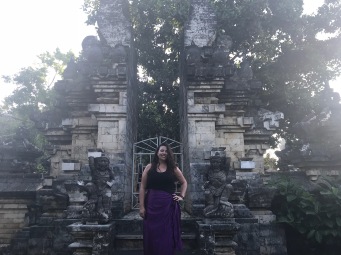 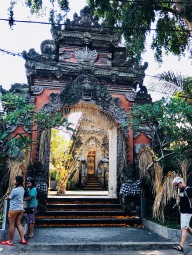 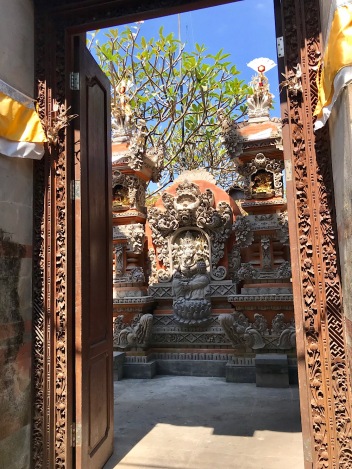 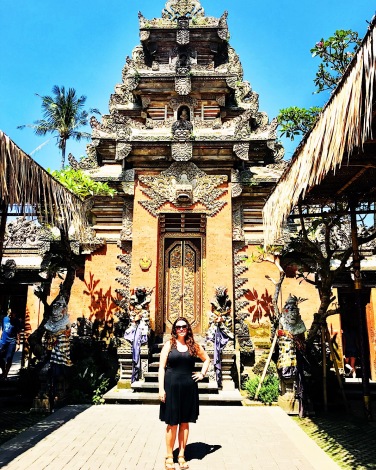 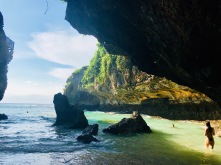 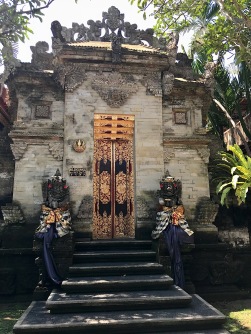 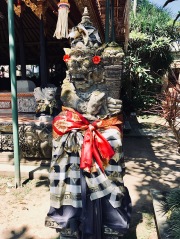 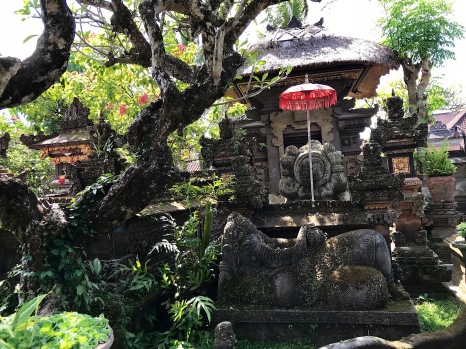 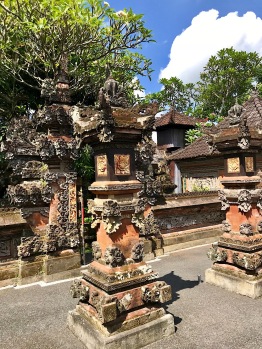 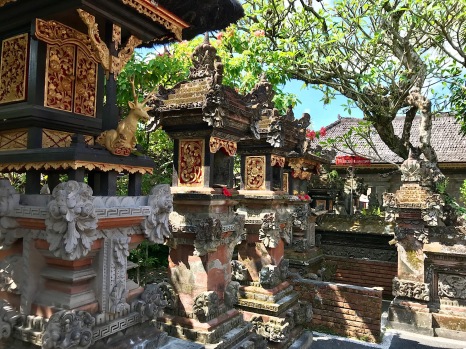 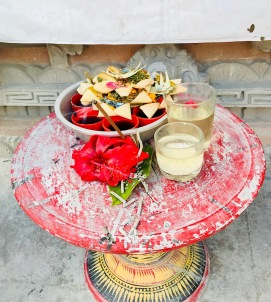 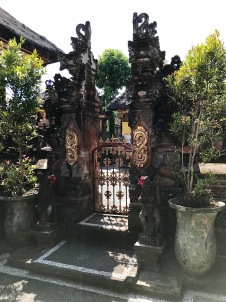 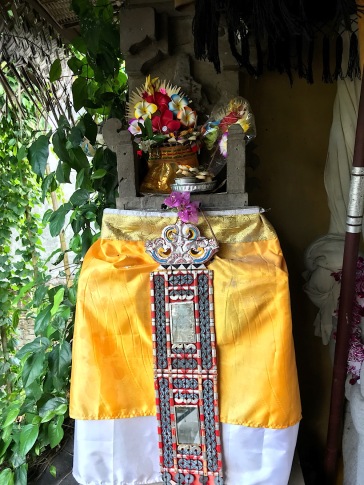