When one speaks with a British accent, you sound instantly more clever and attractive. Fact. Your IQ level hasn’t changed a whit, and your teeth may be in twelve different directions, but you sound like a philosopher, a poet, a member of Parliament, and I want to have your babies. I want our babies to also sound like you. In my travels, I met several average-looking men who became heartthrobs the moment they began asking me to pass the light-torch or where the loo was. So attractive.

So tonight, as I muddle my way through school work with “Jane Eyre” romancing me as background noise, I’ve decided to take a break to pay tribute to some of my favorite British hotties. Enjoy the eye candy, ladies.

10. Clive Owen – Things that make him hot – he seems to not really know how hot he is. It is reported that when his “Beyond Borders” co-star Angelina Jolie called him “sexy,” he fell over laughing. He’s also hot because he’s been scandal-free married since 1995 to a non-Hollywood. He does like to play the bad boys and characters of mystery… “Closer,” “Children of Men,” “Godford Park,” “Sin City,” etc….but I wouldn’t mind trying to find the good in him.

9. Ralph Fiennes – yeah, I know he’s also Voldemort and that is evil and gives me nightmares sometimes, but watch “The English Patient,” and you cannot argue with me how incredibly obsessed and sexy this guy is. I also loved him in “The Constant Gardener” and twisted in “Schindler’s List.” He’s an extremely talented and diverse actor.

8. Cast of “Harry Potter” – so this is a weird thing to admit because I’ve watched these lads in film since they were like 11 or however old they were when they began. But by episode six, it was clear that my feelings towards Ron Weasley were more than friendly. Something about his quirky family, adorable twin brothers, ginger hair, and odd sense of humor were very endearing. He had also been doing some working out. There is also the rest of the cast….although Draco will always be a bit creepy, he is a cutey. And I have a weird thing for Remus Lupin….again, the accent, and my weird affection for speech impediments. But this photo, which my sister posted on my Facebook a few days ago, totally takes the cake. And of course, there is my love for Cedric/Team Edward, Robert Pattinson, with his mess of himself that he continues to make.

7. Mr. Darcy #2 – Matthew McFayden – There was much to hoot and holler about with the recent adaptation of Jane Austen‘s classic “Pride and Prejudice.” Alternate endings for the “soft” American crowd? pish-tosh. And that someone would even dare to touch my beloved BBC version was almost too much to take. I am a HUGE Austen fan (I cried when we drove past her apartment in Bath, I cried at the baths of Bath, I have every book memorized, etc.) so I was a little wary of this latest attempt…but….omDarcy. I thought Keira did Elizabeth unexpected justice, and Matthew’s understated, brooding, handsome, broiling sexual tension as Darcy was spot on. Well, done, sir. Also a shout out to Mr. Bingley, who was all kinds of cute.

6. Liam Neeson – I understand we have a considerable age difference, and he’s technically Irish, so the accent’s different, but just as hot. I have a very soft spot in my heart for this man…dating back to my weird obsession with the movie “Nell.” I also love that he has worked as a Guinness truck driver, amateur boxer, and considered a career as a teacher. I love all his roles….”Taken” (though seen on a bus ride from Nicaragua to Honduras was arguably a terrible decision), “Star Wars,” “Love Actually” – his scenes still make me weep. “Clash of the Titains,” even his voice as Aslan in “Narnia” movies moves me. And if you’re a fan and you’ve never seen “Kinsey” …..rent NOW.

5. Orlando Bloom – You had me at Legalos. Who ever thought an elf could be hot? Also his lovelorn slash heroic portrayals in the 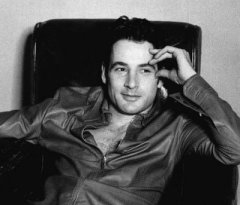 “Pirates” movies, which delivers all kinds of attractive.

4. Jeremy Northham – He’s never been given half the attention he deserves, so allow me to lavish it here. He plays the most handsome Mr. Knightley ever known in “Emma.” I love him in “Ideal Husband,” his brand of evil in “The Net,” and he positively smolders in “Possession.”

3. Hugh Grant – obviously he has a bit of sketchy past….but 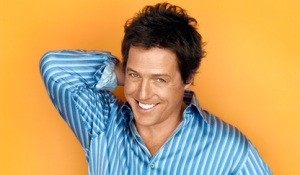 he’s so dang cute. Here is another example, which, upon reflection, many of the men in this list may apply themselves to, of a man who is of average physical attractiveness, but because of his accent and British heritage that grants his a peculiarly cheeky sense of humor, he becomes incredibly hot. Hugh also strikes my fancy because he appears to be someone who is capable of and comfortable with laughing at himself. I loved him most as Edward in “Sense and Sensibility,” but to see him comfortably playing the jerk in “Bridget Jones,” and dancing to disco in “Love Actually” just endeared him to me all the more.

2. Mr. Rochester aka Michael Fassbender – Jane Eyre is my favorite novel of all time, and the latest in a long line of adaptations is quickly climbing the ranks as my favorite movie, thanks to Mr. Hottie with a past.

He is a marathon brooder, something I have discovered in composing this list that ranks high on my hotness requirements list. He has an air of “I don’t know how hot I am,” and always has his knickers in a knot about something. He is also gifted with the wry wit we expect of the British. (he’s technically German…don’t let that distract you)

1. Mr. Darcy. aka Colin Firth – There could only be one winner, and it must be him. This is the original crush that I first

encountered when I was about 13 or 14 and just entering my Jane Austen phase that will prevail for the rest of my life. I still have my BBC “Pride and Prejudice” VHS tapes that I watched many a night though high school and college. This man invented the romantic Victorian brood. His turns at humor in the Bridget Jones films and “Love Actually” only buried him deeper in my heart. I’m uncomfortable with his bad guy in “Shakespeare in Love,” but everything else I’ve ever seen, even “Mamma Mia,” “What a Girl Wants,” he manages to retain his dignity, and restores it further with “Girl with a Pearl Earring,” and especially “King’s Speech” and “A Single Man” prove his mettle. He seems so gentle, clever, intelligent, and incredibly sexy. There could be no other winner. God bless Colin Firth.

Rachel Weight: Tomb Raider
Hot air balloon at sunrise over Valley of the Kings was a once in a lifetime :). Magical and incredible to see the Nile valley waking up, the contrast between the green fields and the sandy desert holding the tombs of ancient pharaohs!
Fun fact - he has little toe beans. Actually big toe beans but. Toe beans all the same.
Having a moment with my new friend. 😍
And it’s lovely in Laos…specifically Luang Prabang! New blog up - link in bio :)
Luang Prabang, Laos - unexpected, easy, relaxing, the best food and delicious cocktails, friendly people, safe, elephants, hiking, lagoons! Such a treat. I’m coming back for you, baby.